The landscape owes much of its present form to medieval and later society. Standon Manor, now Standon Lordship and, more particularly, the park, which surrounded it, dates back to the times of Edward the Confessor. Remnants of the early parkland enclosing some of the demesne can still be seen today, though the great storm of 1987 swept away most of the ancient oaks remaining in the valley.

Most of the woods in the Parish predate 1600 and owe their preservation to local needs for fuel and farming. In 1843 the first Duke of Wellington purchased the 1200 hectare Standon Estate which forms about half of the Parish. He and subsequent Dukes impressed their mark upon it by the encouragement of tenant farmers. 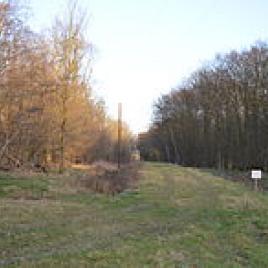 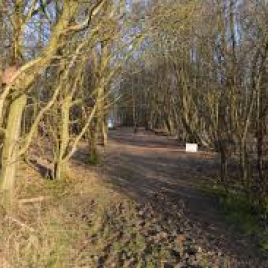 At least one of his successors (the 4th Duke) was very interested in forestry and replanted, in-filled and extended large areas of Plashes Wood, Badger's Eye Plantation and other smaller woods and copses. Some recent additions also took place when the A10 was constructed in 2004.

The natural flora is exceptionally rich. The current "Hertfordshire Flora Survey" http://www.hnhs.org/flora/ has recorded over 440 species of wild plant in the 2km x 2km Ordnance Survey grid centred on Plashes Wood. This is the richest area of flora yet surveyed in the county, despite local depredation of habitats in recent years. Plashes Wood is designated a S.S.S.I.7, but there are an additional ten sites designated O.S.I.8, and the Hertfordshire Environmental Records Centre www.hercinfo.org.uk/ has details of 78 sites of ecological interest within the Parish. A horticultural count in Standon Churchyard, updated in 1994, yielded 142 species.

Plashes Wood should not be seen in isolation, but as part of a complex of woodland and hedgerows which spread like a web across the entire Parish. The importance of these woodlands and hedges is well evidenced by the movement of deer through the Parish. Fallow and muntjac range over large areas of the countryside. There are also indications that roe deer, foxes, badgers, rabbits, and weasels are all on the increase, but hares are less common than they were.

Our natural environment faces many threats and challenges. There is a need to create new spaces for wildlife if we are to help it cope with these. The UK has only 13% woodland cover, compared with an EU average of 37%. That is why creating areas of new native trees and woods is so important.

Climate change is well and truly happening and that is the inconvenient reality. Rising temperatures around the world have largely been due to the increase in carbon dioxide and other man-made emissions in the atmosphere. This is where trees are especially important. By absorbing CO2 from the atmosphere, trees help to combat climate change, reduce air pollution and a good mix of native trees increases landscape resilience against pests and diseases and promotes biodiversity.

There are many competing demands on our land and our Parish is no exception. A great deal more housing development is now taking place and integrating trees and woodland into farmland can bring great benefits such as helping to combat climate change, providing shade and shelter, minimising run-off from fields, and reducing the impact of flooding.

One of our local farmers, Jeffrey Pearman is in the process of creating two new native woodlands as shown on the following plans:- 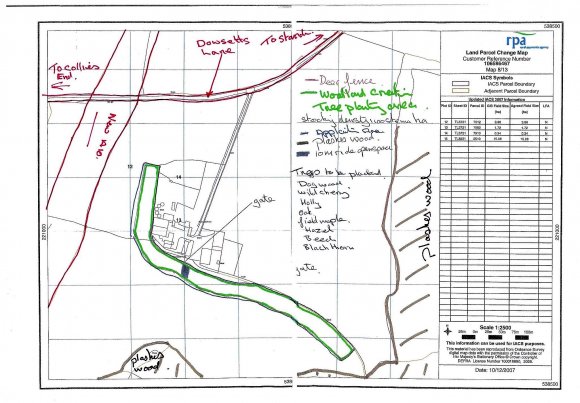 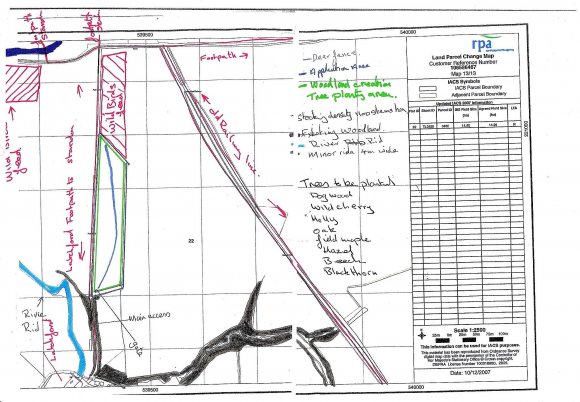 This has been made possible by the HS2 Woodland Fund which provides grant payments for creating new native woodland.

The Moors - Removal of Trees

The Parish Council is fully aware of its obligation to ensure we plant and protect trees in the parish and will therefore be replanting with Alder which we hope will thrive in the wetter conditions close to the river.

A Schedule of Roadworks can be found here (click on the word 'here' for link to EHDC website).