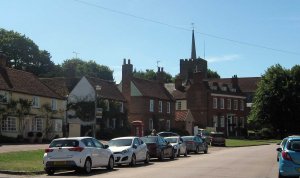 The adopted Conservation Area is clearly defined and separated from the modern development to the north and is now composed of four main identity areas:-

Area A - Consists of the very attractive and historic High Street bounded by the River Rib in the west and includes the eastern part of Paper Mill Lane and the western section of Hadham Road, The latter two roads, different in name only, effectively form a physical continuation of the High Street. Land south of Paper Mill Lane relates more to the open countryside than to the built environment and no longer forms part of the Conservation Area.

Area B – Consists of Mill End, north of Stortford Road and including the converted Flour Mill, is an area of mixed land uses that the Village Study describes as being an 'interesting reminder of the days when workers lived…in the shadow of their work place'

Standon Conservation Area is of a very high quality with a particularly rich and well documented history containing a wide range of Listed Buildings and other buildings and distinctive features of quality that should be preserved.

a) Include nos.22-48 Stortford Road within the Conservation Area.

b) Exclude countryside to south of Paper Mill Lane.

There are about 175 Listed Buildings in the Parish as a whole including Standon, 15 of which are Grade II*. There are only two Grade I Listings, one being St Mary's Church in Standon and the other is the Pugin Chapel at St Edmunds College, Old Hall Green. 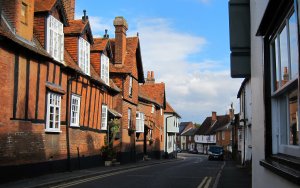 The Conservation Area is long and linear being composed of the High Street and extended in the north by the continuation of Buntingford Road. Both southern and northern ends enjoy proximity to the open countryside as opposed the central section of High Street which is hemmed in by the A10 road and modern development at Lunardi Court, Tollsworth Way and Huntsman Close to the west and Station Road and Park Lane to the east. Within this latter area there is some 19th century development but its scattered nature and the manner in which it is dominated by modern development excludes consideration of extending the Conservation Area into this location.

The northern end of the Conservation Area is enhanced by a triangular area of unused open land with quality trees and hedgerows that is part of a Scheduled Ancient Monument.

The Moors - Removal of Trees

The Parish Council is fully aware of its obligation to ensure we plant and protect trees in the parish and will therefore be replanting with Alder which we hope will thrive in the wetter conditions close to the river.

A Schedule of Roadworks can be found here (click on the word 'here' for link to EHDC website).